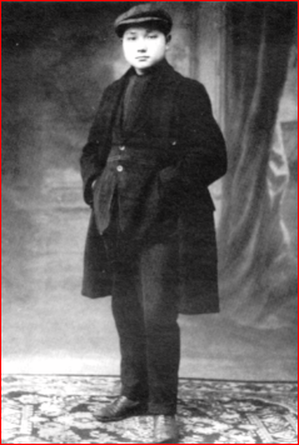 "Deng Xiaoping blending in to Parisian life at 16 as a worker student." -sacu.org
Deng was born in Guang'an, China on August 22, 1904. When he was a teenager, he realized that China needed to modernize with the new generation's help. In turn, he joined the CCP in high school, believing this party could improve China's wellbeing.

"At five the boy entered [an] old-fashioned private pre-school, at seven a modern primary school and in due course a middle school in his native county . . . in 1919 . . . Wu Yezhang, a member of the Chongqing[, decided] to prepare young people to go to France on a work-study program. After passing the entrance examinations, the boy was enrolled in the school . . . [H]is ardent hope was to go to France to learn industrial skills through work and study for the benefit of the country."

-The Life Of Deng Xiaoping

"The son of a well-to-do landowner, Deng joined the Chinese Communist Party while in high school and traveled to France and later Moscow before returning to his home country in 1926."
-Deng Xiaoping Biography